The love affair with my Kindle rolls on. I have kicked off this Thanksgiving by finishing Jack Murphy's latest installment in the PROMIS series.

Sean Deckard is back. Last we saw him, in PROMIS: Vietnam, he was a One-Zero on a SOG team. He made some mistakes fatal to his career in the US military: he assumed the top brass in his chain-of-command wanted victory in Vietnam (an assumption so many people still make), and he went berserk on a room full of field-grade officers.

Despite that most un-soldierly conduct in his past, Deckard is a soldier through and through, with no desire to be anything else. I'm tempted to compare him with the main character in "The Hurt Locker." War is all he knows and seemingly all he wants to know...the family he acquires in this tale notwithstanding. But Deckard isn't just an adrenaline junkie. He cares about more than just the rush of death's presence--namely achieving the long-term, big-picture objectives that win wars. IOW what western politicians allegedly send young men to war for.

What happened in Rhodesia is a sadly familiar story to anyone familiar with what's been happening in Africa from 1945 to the present. The betrayal of the men sacrificing for duty, honor and country by fat cats and chairborne commandos with hidden agendas is also tragically reminiscent of what Deckard glimpsed in Vietnam. If allowed to pursue victory on a strategic level, the Rhodesians probably would have prevailed, and the author shows that (or at least Deckard's perception of it) without getting bogged down in the geopolitics.

The action is fast and heavy, but never without purpose and impact on the flow of the plot. We are also teased along with Deckard by another encounter of the "predictive algorithms" of the PROMIS project. We can't help but imagine (especially given the title of the series) that Deckard is on a collision course with PROMIS, which will play a larger and larger role in future installments. This e-book could use some editing, but is a good, fast read.

The Return: a Novel of Vietnam by Charles W. Sasser 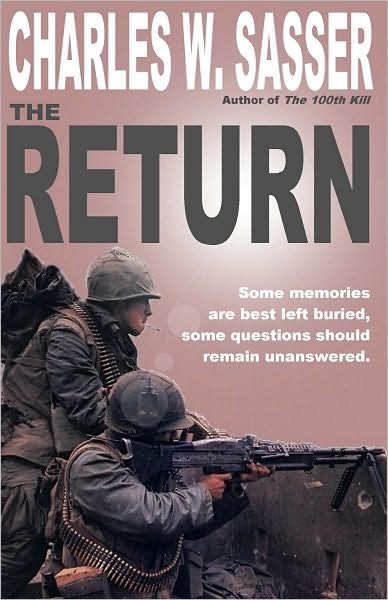 I've read a couple of Sasser's autobiographical works, as well as 100th Kill--his other Vietnam novel. While I appreciate his perspective (he's a vet of the Special Forces Reserves, an author and a rancher, among other things), I've always found his writing to be competent, but not stellar. By his own admission he is not the most talented writer...but he is hard-working at his craft (if any of you remember the paramilitary magazines of the '80s competing with Soldier Of Fortune, he wrote many articles for them). So I wasn't quite prepared for the caliber of this novel.

The Return is one fine work of fiction--probably Sasser's best, though I haven't read all his books to state that emperically.

The narrator is Jack Kazmarek, a widower with miriad health problems on top of his PTSD. For many years he has been neighbors with another Vietnam vet, Pete Brauer. Both of them were mustang officers--having taken their lumps as enlisted men prior to being commissioned. Kazmarek was a platoon leader in the 9th Infantry, while Brauer had been a Navy SEAL. Although both of them spent a tour in the same AO during the same time, they never met until retiring in the same Florida trailer park decades later.

The story opens on the loss of Kazmarek's closest friend. Pete dies alone in his trailer, clutching a photo of a beautiful French-Vietnamese woman. Jack has noticed the portrait in his friend's house over the years (even finding her face familiar), but Pete rarely talked about it. His only mention of the woman in the image was cryptic: "May God forgive me."

Jack is almost as intrigued as I was. Eventually he begins investigating, to find out who the woman was and where she might be now. The investigation leads Jack back to Vietnam where he must confront some of his own long-buried demons.

The story is filled in with flashbacks--some of Jack's own, but most by the people who remembered Pete and Mhai (the woman in the photo). All the reader's curiosity is satisfied by the end, as we learn just how extensively Jack and Pete crossed each others' paths during that insane conflict.

Sasser is not your typical war novelist who portrays American involvement in Indochina as one huge Mai-Lai massacre. And yet he does depict atrocities committed by Americans. And there is surprising depth to all the main characters, including the Viet Cong, who are treated as even-handedly as any reasonable person could hope for. Sasser's Vietnam is not black or white, but a convoluted, maddening mess of grays. Perhaps the Cong sympathizers (which comprise most of our government, media and education establishments) would even enjoy how, in the novel, US forces suffer a significant tactical defeat--something that didn't happen but makes the VC seem more heroic in retrospect. Everyone conveniently forgets that failure to achieve victory in Vietnam was mandated by the very government that put Americans in harm's way to begin with. The VC and NVA didn't defeat the US military--the "war" was lost in the Oval Office.

There are a few plot twists Sasser has in store, and I didn't deduce all of them beforehand correctly. Characters are complex and believable. Narrator Jack Kazmarek has political opinions, but the story "he" tells lets the chips fall where they may, regardless of who it may please or offend (in fact, it reminds me somewhat of The Sand Pebbles by Richard McKenna). There's enough action and conflict to keep you turning pages, and even a few tugs at your emotions here and there.

This is a very good novel.

Mercs in the Congo: Dark of the Sun by Wilbur Smith 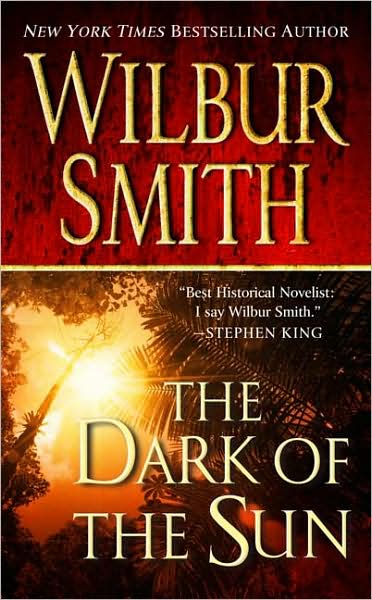 The 20th Century history of the (formerly Belgian) Congo is a fitting representation of what the United Nations is all about when the rubber meets the road.

A novel about mercenaries operating for Katanga, written by Afro-centric historical thriller writer Wilbur Smith just promised too many savory ingredients (prepared by a master chef) for me to resist. I haven't researched this yet, but I have a strong suspicion the Bruce Willis flick Tears of the Sun was adapted from this yarn--updated from the early 1960s to about 2003, changed from mercenaries to SEALs, and some other tweaks.

(It turns out what I have is an abridged version, so my comments may not apply to unabridged versions.) Uncharacteristically for Smith, he completely ignores the politics of the historic backdrop and focuses solely on the immediate plot: Mercenary commander Bruce Curry (a Rhodesian) is tasked to rescue a small community of Belgians who've been cut off by the cannibalistic Balubas. More importantly (to the warring powers-that-be) there's a stash of diamonds among the refugees. More importantly (to Commander Curry) there's a hot French widow among them, too.

Initially the plan is for Curry and his Mercs (diseased-but-faithful Sergeant-Major Rofi, ostracized alcoholic surgeon-turned-soldier Mike Haig, loose-cannon type "A" psycho Wally Hendry, and a couple platoons of gendarmes) to put the civilians on a train and ride with them to safety in Katanga. At first it goes along quite well. Even UN fighter aircraft fail to stop the train. But, c'mon folks, this is Wilbur Smith. Nothing can go well for long. An enemy field gun takes out the locomotive, then Curry has a few more bridges to cross (sometimes literally) while encountering various flavors of adversity along the way.

Used to Smith's doorstop-sized epics, I found this to be an unusually quick read. Perhaps because this is just a straightforward adventure tale with a small cast of characters taking place in a short period of time. I almost felt a little cheated that it ended so quickly.

The good thing about this book's brevity is that the author minimized scenes that test the squeamishness of his readers (for a non-horror author, Smith seems to enjoy the gruesome side of violence, if not the macabre, in most of his books). There was a gross moment when Curry was sobering Haig up in one scene; and a combat amputation made me grit my teeth --though he thankfully went into no gory details.

I would not call this Smith's best, or his worst. IMO it could have benefited from a bit more action or fleshing out, but even when he doesn't give 100%, he is still a heap good adventure writer.

Picture Yourself Reading e-Fiction Magazine, and Win a Kindle Fire!

It's almost that simple: Submit a photo of yourself reading this e-zine and you'll gain entry into a contest to win a free Kindle Fire. 
eFiction started as a small group of writers and fiction-enthusiasts getting together online to share stories. It has exploded into a global fiction phenomenon. eBooks are taking over the world and eFiction is leading the charge. The best authors on the internet collaborate to produce eFiction for your reading pleasure.

Back issues are available for download right on the site, and of course you can subscribe to them via your Kindle.

Each issue seems to have its own theme (will November be a Halloween issue?) with multiple stories from various writers, plus author interviews and the like. This could be a chance for you to discover your next favorite author (and maybe win the Kindle Fire!).

Coming attractions (projected book reviews in the 2-Fisted Blog Queue): Dark of the Sun by Wilbur Smith; The Return: A Novel of Vietnam by Charles W. Sasser; Jack Murphy's PROMIS: Rhodesia; and The Adventures of No Eyes by Phil Duke.
Posted by Hank Brown 2 comments: