The State of Action/Adventure Books (Guest Blog by Splitter)

Today we have a guest blogger: C. S. Splitter, who has a couple noir-esque ebooks out that are gaining significant traction on Amazon. I welcome yet another member of our growing fraternity and encourage all Two-Fisted Blogees to check out his books; as well as follow him on the remainder of the blog tour. Warning: Drooling excessively over the books' cover art may cause damage to your keyboard. 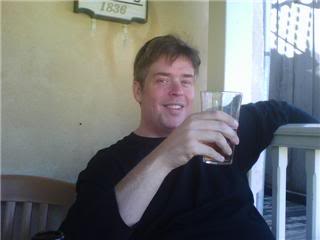 Please believe me when I say that this blog approaches “unique” status.

When you write a book these days, one thing you seemingly MUST do is a blogtour. A blogtour is nothing more than a promotion where the author does guest posts, interviews, and reviews, in a finite period of time on various sites. Yes, it is exhausting.

So, when my second book came out, my little team decided I needed to do such a tour. The first thing I did was research on Action/Adventure blogs because, nowadays, bloggers matter. Let me tell you, there are not many! I checked GoodReads for groups dedicated to Action/Adventure and found exactly one. One! The “Two Fisted” site was one of the stops that I simply had to make. I turned my marketing person loose to make it happen and am happy to be here today. I feel at home here and that is something I cannot say for many other blogs.

Action/Adventure movies draw large audiences but the books market is dominated by a few well known authors. The reason for that, I think, is simply audience size. I am not knocking other genres, but it is pretty clear that sparkly vampires and magical romances where no one actually has sex, have huge audiences.

Maybe a smart author would look at the statistics and decide to write to the largest audience they can find. No one had ever accused me of being terribly gifted in the brain department so I never looked at statistics or researched fiction reading habits until AFTER I wrote “The Reluctant” and began the “Crayder Chronicles.”

When the idea hit me for the series, I decided that I just wanted to write a good story with believable characters. I have this undying belief that “regular people” can be heroes too. Not that all of my characters are heroes...as a matter of fact, they do some pretty questionable things. But, I longed for the “good ole days” when I, as a reader, could just lose myself in a book and that is what I blindly chose to attempt to write.

I am glad I went about it without foreknowledge of the market.

I have been exceedingly lucky. Amazon made The Reluctant free and it hit number two in Action/Adventure. The second time it climbed back to the same spot, I guess they took notice and put the minimum price back on it. Business is business to a corporation like that. I was using the first book as a sample, sort of like a drug dealer would do, to get people hooked on the series and buy the second book (“The Willing”) and subsequent releases. It is entirely possible that Amazon was smarter than me.

Then, a strange things happened: people started to care.

Once you put out a couple books, they start thinking you are smarter than you really might be. They ask your opinions on subjects like: What makes a good Action/Adventure book? It is awful when you have to confess that you do not really know. Authors are supposed to be smart, right?

There really is no single answer except that characters and stories still matter. A movie might get away with one action scene after another, but a good book cannot. People have to be able to identify with and care about the characters. They need plot twists and surprises. And, of course, Action/Adventure readers want some pulse pounding scenes (which are a BLAST to write, too).

The good news for those of us who write such books is that, while the audience for Action/Adventure might not be as large as that of paranormal, romance, or fantasy, the readers are dedicated and actually do some research to seek out good books in the genre.

There is an additional good piece of news for everyone: People are buying more books. Ebook sales are more than making up for the drop in print sales. That means that the audience for Action/Adventure is growing too.

The publishing world is in a huge state of flux. Traditional publishers are being replaced in some measure by independents and self published authors. That is great for readers, especially in genres like Action/Adventure that have had limited releases in the past. Now, there is choice even though you might have to dig a little bit to get to the good stuff.

The present state of Action/Adventure books might not be the brightest, but no one knows what the next trend might be. Today, it is vampires and paranormal romance, but tomorrow could see a return to the kick-butt, high adrenaline rush of a good action story.

Because...don't we all want a good escape every now and then?

Take heart. There are a bunch of new Action/Adventure authors out there and some of the books are as good as you will find anywhere. More choice has to be good.


Many thanks, Splitter, for taking the time to share your thoughts.

Below are the jacket blurbs for his two published books, plus a brief bio:


Action, adventure, suspense, and thriller in one story told with a liberal dose of humor.


Tom’s problems are not unique. His business is failing and his wife has to work too many hours to make ends meet. He is under some rather large financial pressures and wants more from his marriage and his life.


He finds his respite in the air as a private pilot. Unfortunately for Tom, he is behind on payments for his plane and is forced to take odd jobs from a local crime boss. Tom is no criminal, but the errands he is running are just slightly on the wrong side of the law and the money is almost good enough to allow him to make his plane payments.


Just as things begin to come under some semblance of control, he meets a woman who just might represent the adventure he seeks. He soon discovers that appearances, and beautiful women, can sometimes be deceiving.


“The Reluctant” is the first in the Crayder Chronicles series and yet is a stand alone story with a satisfying conclusion of its own.


Book Two in "The Crayder Chronicles"


How far would you go to protect your friends and family?


Tom Crayder is the All-American guy next door with a business, a wife, a son, a mortgage, and an expensive hobby. He is also a politically incorrect, wisecracking operative working for a shadowy organization dedicated to administering justice outside of a broken system. Not even his wife knows of his other life when she finds herself unwittingly involved in a drug war.


Strap in with Tom as he navigates his way through the strata of a drug cartel. Lock and load with Lorena, a hard-hearted assassin, as she lends her deadly skills to Tom’s fight for his family. Sit back to watch Tom and Lorena figure out how to work together without killing each other.


Join the rest of the cast from "The Reluctant (Crayder Chronicles)" as they pitch in to track down the hitmen that threaten their associate.


Some mysteries are solved. Some questions are answered. Some live. Some die.

C.S. Splitter is a business man, author, and stand-up philosopher living in rural Maryland with his beautiful wife, small dog, and astonishingly large cat. He is an avid shooter and loves being 5000 feet above the ground, upside down, in an open cockpit.


He will never again jump out of a perfectly good airplane and feels the need to color outside of the lines.
Posted by Hank Brown