The Cowardice of Race Card Libel 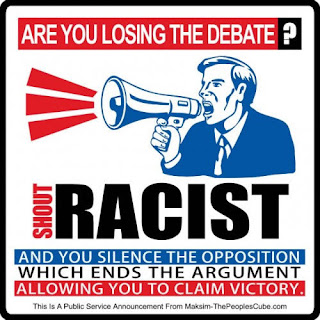 Warning: Political rant follows, which is sure to offend somebody.

M.R. Kayser, like so many indie authors, is unknown and has a long, uphill fight before him to start generating sales of his book. When you don't have money to advertise, the most effective form of advertising (so far as I know) is to get book reviews to spread word-of-mouth. That's what this author was doing when he checked his Amazon page to copy the blurb he had posted there. To his horror, he saw a new tag that said "anti-semitic."

Tags, for those who don't know, are a tool Amazon uses to help shoppers find books in their area of interest. If you do a search on Amazon for "special forces," for instance, one of the titles that search turns up should be Hell and Gone. Now let's say when you visit that book's page, one of Amazon's recommendations for similar titles catches your eye, so you click on that. While looking over that page, you glance at the tags and see "white supremacist literature." You might even see a list of recommended similar titles including Mein Kampf and The Turner Diaries. If you're like me, you would quickly hit the back button and file a mental note to never, ever buy that book.

I've read The Curly Wolf from cover to cover. I also happen to know the author, personally. They are barking up the wrong tree. And so far as his book is concerned, there are no Jewish characters, good or bad; nor is Judaism ever even mentioned. But I have a very educated guess why somebody would want to assassinate the character of the author and destroy the reputation of the book so that nobody buys it.

It's an old, overused tactic.

Recently, multiple and widespread variants of this tactic have been employed to demonize the Tea Party. Some character assassins were caught red-handed recruiting activists to infiltrate Tea Party gatherings and make racist statements (for the news cameras) that were allegedly representative of the movement. You can find at least one Youtube clip of a shill who showed up to a rally in a NeoNazi uniform. There are actually too many documented incidents to list here, lest I try your patience. 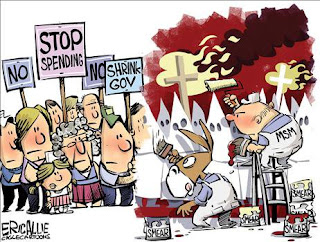 Whatever you or I think of Pat Buchanan, and whatever principles he has compromised over the years, I listened to his entire speech at the 1992 Republican National Convention. He made some accurate predictions about what a Clinton Administration would do, but never once did he even allude to race or ethnicity. But "news" coverage in the following weeks described it with phrases like "an apocalyptic speech bordering on race war" and "it sounded better in the original German." It was telling that none of the networks or "news" rags substantiated their accusations with a single quote from the speech. Because they couldn't. If they had ANY evidence to that effect, I guarantee they would have used it. Mel Gibson will never live down his drunken tirade. Only socialists like Robert Byrd, Richard Daley, FDR, Margaret Sanger or Woodrow Wilson get their racism whitewashed by the opinion-making cartel. But nobody of import either noticed or cared that no racist comment could actually be produced from Buchanan's speech. Joe Blow who heard these "news" reports just accepted the story because "everybody knows" Buchanan is a racist. I remember, after reading some of the articles after this incident, discussing the matter with a college student. Aware that he was speaking to someone with knowledge of the facts, he dismissed it all with an argument which could be summarized thus: "Your definition of truth is too rigid. It's OK to lie if the truth doesn't advance an agenda I agree with." Then he claimed he had to be somewhere else and couldn't entertain any more debate.

Senator Jesse Helms was demonized in a much similar way, all during his tenure in Congress.

Nobody else is asking the obvious question, so I'll ask it: Why do the socialists ("liberals") find it necessary to lie, deceive, slander and libel regarding what their political opponents believe? If your ideology is superior to that of your rival, why not display them side-by-side in the public forum, debate the opposition, and let the people decide which side has the better answers/solutions?

I'll answer that question, too: Because they obviously don't believe they can win a fair fight. 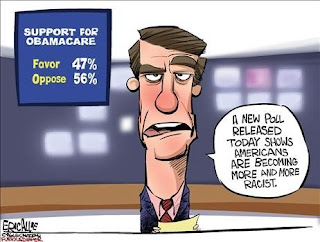 Read both the Constitution of the USA and the Communist Manifesto, and then examine the voting record of our alleged representatives in Congress. You will find that about 99% of Democrats and 65% of "Republicans" are abiding by the latter, even though they swore to uphold and defend the former. It's not hard to prove that our current economic meltdown is the result of socialistic "change" being foisted on successive generations, and the prosperity it has poisoned was the result of a free market and historically unequaled freedom secured through inalienable individual rights, separation of powers and a system of checks and balances.

In order to keep Joe Blow from examining the facts and coming to his own conclusions, the socialists must find a way to discredit those in the opposition capable of presenting an intelligent argument, to such a degree that nobody will listen to them.

In the case of Jesse Helms, he was a thorn in the side of the insiders--a politician who took his oath seriously and not only voted according to Constitutional law most of the time, but also influenced others to do so. Hence his demonization.

In 2010 the obligatory knee-jerk reaction when the subject of sodomy comes up is, "not that there's anything wrong with that..." But in 1992 not everybody had ascended to the present level of brainwash--er, enlightenment. If swing voters had actually listened to Buchanan's speech, they might have questioned their support of a candidate hell-bent on advancing the homosexual agenda through judicial appointments, executive orders, and the indoctrination power of the government-controlled school system. Not enough voters would have been turned off by what he actually said, so they had to be made to believe his speech was racist--which is revolting to most Americans.

Now with the proliferation of Internet access and alternative media, it's harder to pull off this kind of hatchet job on a grass-roots movement like the Tea Party, but they're trying just the same. They have to, because the Tea Party scares the snot out of them. Not only does the Tea Party reject the Democrats' socialist agenda, they also reject the Socialism Lite offered by the "conservative" establishment Republican insiders and RINOs.

It seems implausible that a western novel like The Curly Wolf would threaten anyone or generate fear in the hearts of the pagan left, but it is written from a perspective markedly different from what the New York Publishing Cartel routinely offers up: It is Christian-friendly, pro-Constitution, and especially pro-2nd Amendment. Also competently written, but without the typical anti-capitalist undertones of rancher vs. farmer range war sagas.

Lone, struggling indie authors are easy prey for cowardly Thought Police to discredit, though. It can be as easy as a tag on Amazon. The "anti-semitic" tag has subsequently been voted down, by the way, but obviously some goose-stepping coward is out there doing this, and will likely do it again. Whether they do it to this same book again, or move on to other books that threaten their ideology, I can't say.
Posted by Hank Brown